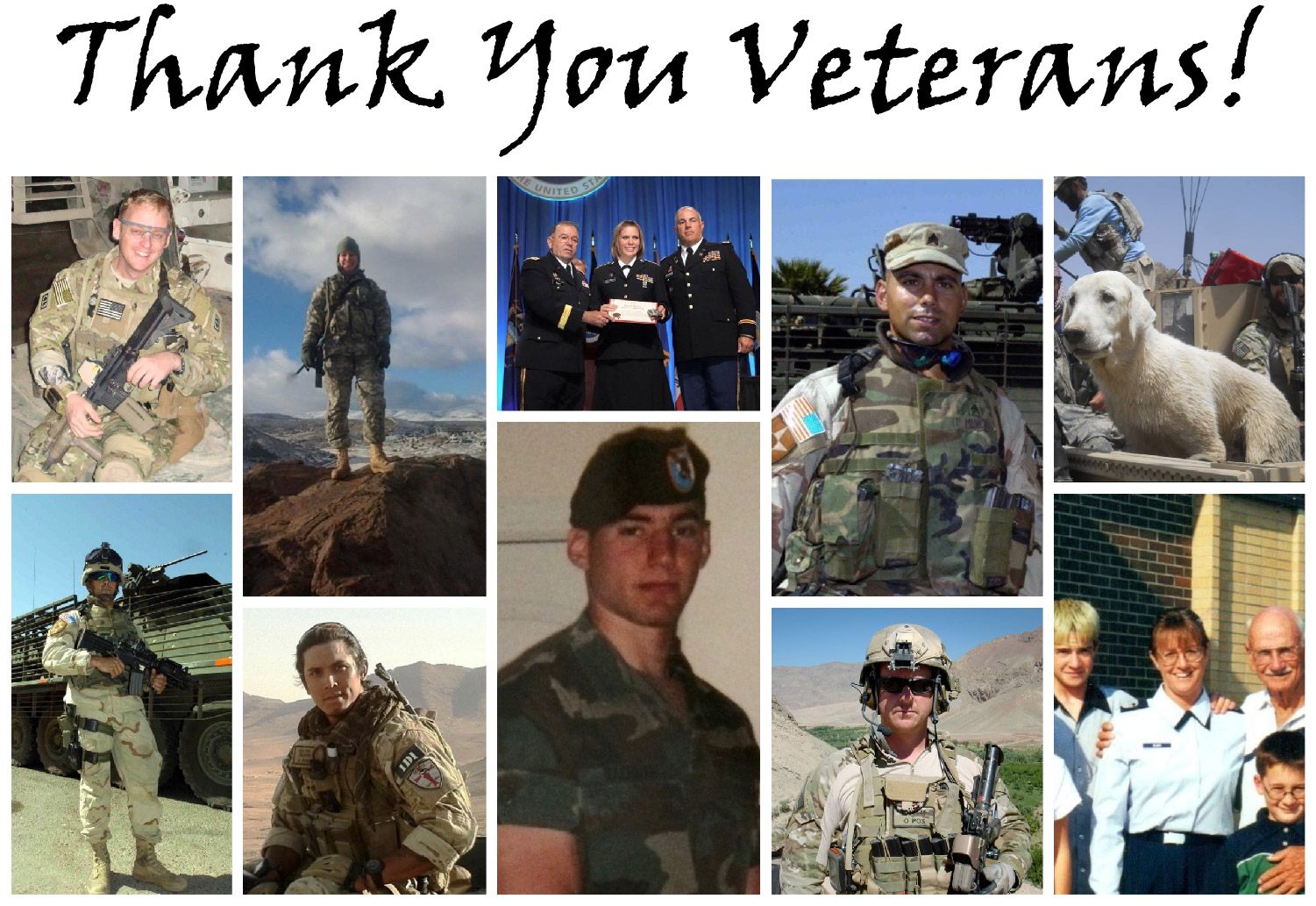 Today our Team at Project Kenny would like to say thank you to our veterans that tirelessly volunteer their time and continue to give back to the veteran community! Thank you Carol, Eric, Brian, Cait, Josh, and Kevin! We also want to thank all of you supporters that enable us to continue this mission. You are true heroes! 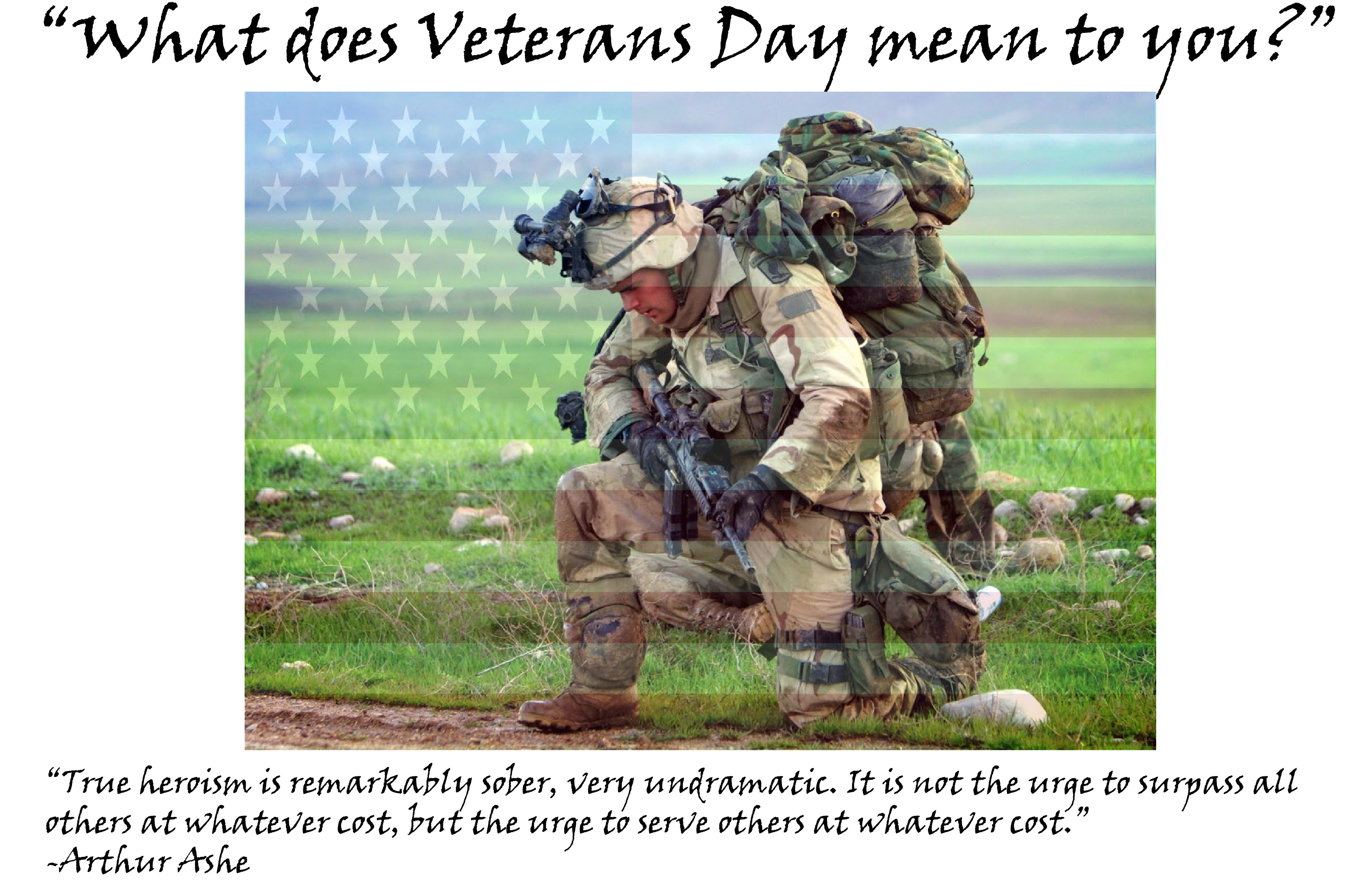 “What does Veterans Day mean to you?”

This year marks the 100th anniversary of the end of World War I. In 1918, on the 11th day of the 11th month on the 11th hour, the first World War came to end. Veterans Day, formerly known as Armistice Day was first commemorated on the one year anniversary, November 11, 1919. Legislation was passed in 1938 to make the day a national holiday.

It is on this day, that we honor and acknowledge the contributions of more than 19 million men and women who have served our country in the military. Not only have these heroes served the United States of America, they have been brave and sacrificed to defend the land of the free.

What it means to us (Project Kenny)

Veterans Day pays honor to those who serve, have served, and their families. The commitment they have made to not only our country but those countries in need cannot be measured by words. Time and time again those men and women of our armed services have answered the call without hesitation. They are our bravest, our strongest, and our proudest. They speak not in words but in actions. Too often we take theirs and their families sacrifices for granted. We at the PK family believe that this is not a day for “Blowout store wide sales”, or a long weekend off from work to be filled with BBQ’s…Instead we need to get back to the roots of what this day is really meant to be. Veterans Day is a day where we at PK pay tribute to those Veterans by paying respect to their sacrifices. If you know a Veterans story share it with the ones you love so others may spread the word of that veteran’s legacy. If a young or elderly Veteran is sitting next to you, just don’t thank him/ her…take the time to listen to them and hear their story if they are willing to give it to you. The interesting fact is that once you hear their stories you will be amazed that such incredible people walk amongst us in the crowd unnoticed.

So, from the bottom off our hearts here at the PK family…thank you!

Over the past year we have been working with a great team to form a 501c3 nonprofit organization.  It was a challenge and we are happy to report that we have officially obtained tax exemption status this past summer.

The organization is called Project Kenny and we provide service dogs to U.S. Armed Forces veterans who have served, and active duty service members who are currently serving their country.

A donation of a service dog is our way of saying thank you for the sacrifices that have been made protecting our freedoms.

So far we have deployed six dogs to six candidates (four of these dogs were donated to vets, and two dogs were provided training since the veterans already had a dog, but can now bring them around everywhere) and it is remarkable seeing how they have connected in their short time together.

Patton, a two-year-old Belgian Malinois who was donated and trained for Project Kenny, was matched up with a medically retired combat veteran that had over five combat rotations. Not only did Patton help with the veterans anxiety, he also recognized when the veteran stopped breathing at night due to sleep apnea. Patton jumps on the bed with the veteran to wake him up and did this of his own accord without any additional training. 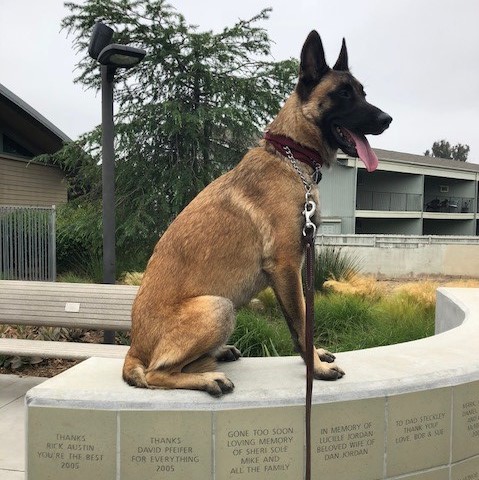 Our next Kenny Dog™ report is about Willie, a black Labrador retriever.  Willie was named after William “Bobby” Doolan, an Army Green Beret who served for ten years.  For those of you who don’t know the story, after his service, Bobby attended the University of Washington, earning a degree in political science.  From the outside, everything seemed to be going well for Bobby, however, Bobby tragically took his own life on March 6, 2017.  Bobby’s mother Carol, who had worked as a teacher up until her son’s death, retired from teaching and started training service dogs full time as a way to help support others who may be in need of this incredibly valuable support. 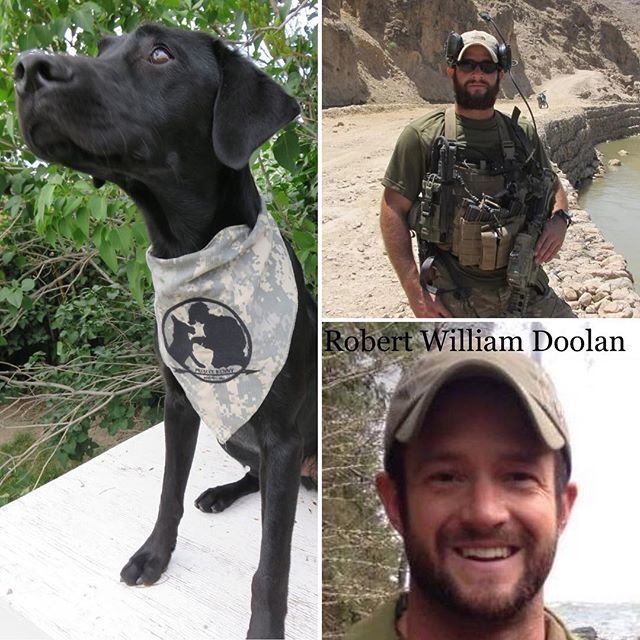 Willie was trained by Carol in remembrance of her son and was given to our second candidate, an active duty service  member who had been combat wounded and who had recently lost his own son, a veteran himself, to suicide.  The second candidate reported to us that having Willie meant a lot to him. 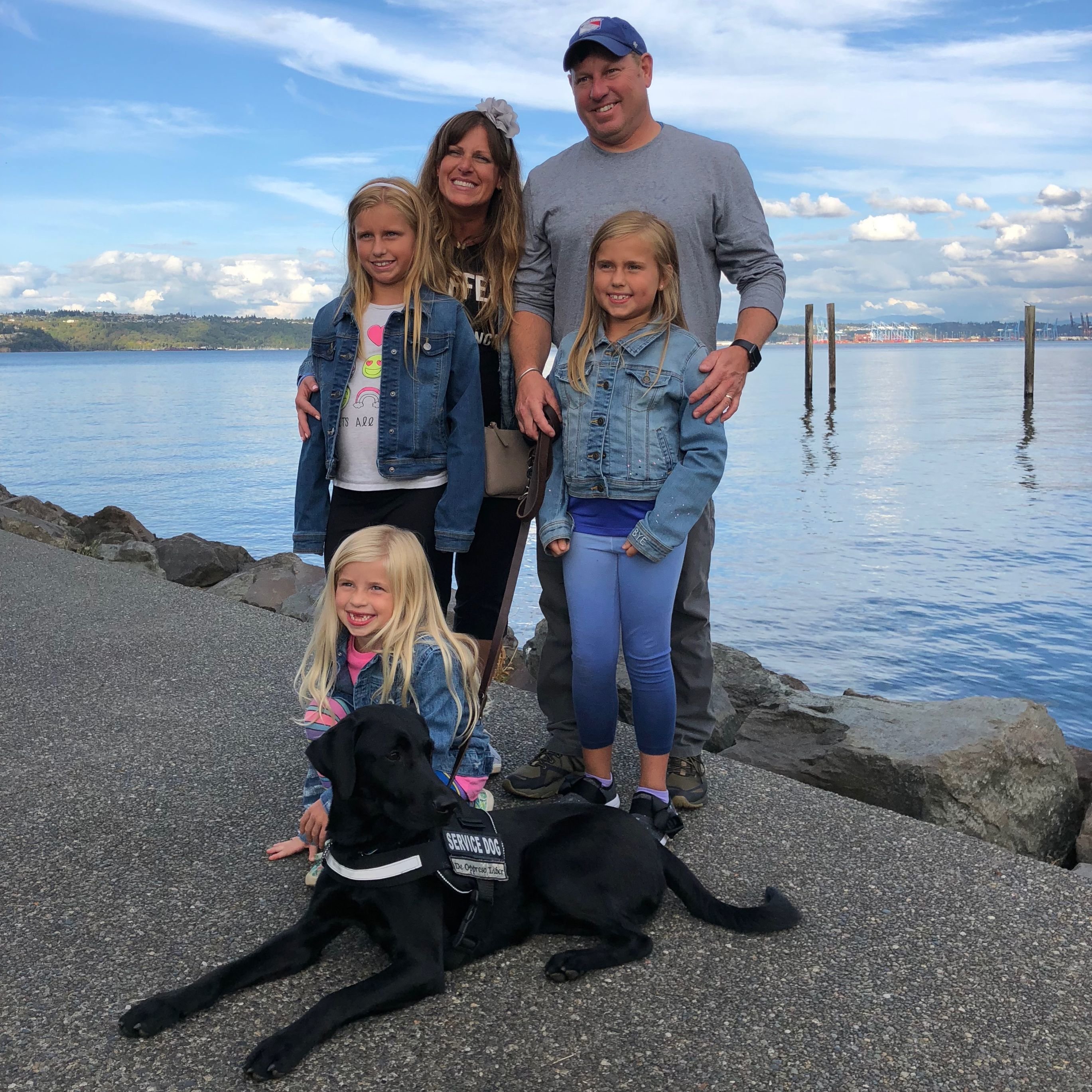 Our third candidate already had a canine companion named Willow. Willow was a pit bull who initially had a few issues with discipline around other dogs.  Project Kenny was able to fund the training for Willow so that she could accompany our third candidate on his many travels and come with him to work.  We are happy to report that after her training, Willow is now able to follow various commands in a room full of people AND other dogs!  With Willow’s new training, and her induction into the Kenny Dog™ training program, the veteran, who can now bring Willow to work, was given a larger office at work to accommodate Willow (everyone at work loves having Willow reporting for duty). 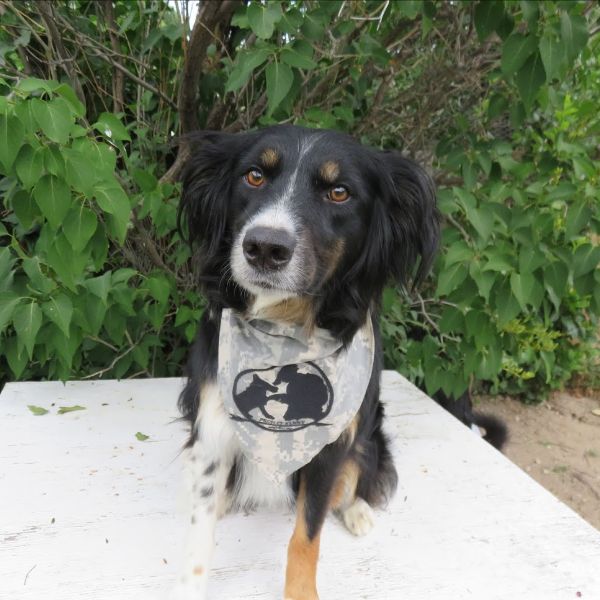 Our fifth Kenny Dog™ was Kingston who went to an Operation Desert Sheild / Storm veteran and his family in Wyoming. Kingston enjoys the water and going fishing and other outdoor activities. Kingston’s new family is very grateful for the addition of their new canine companion. 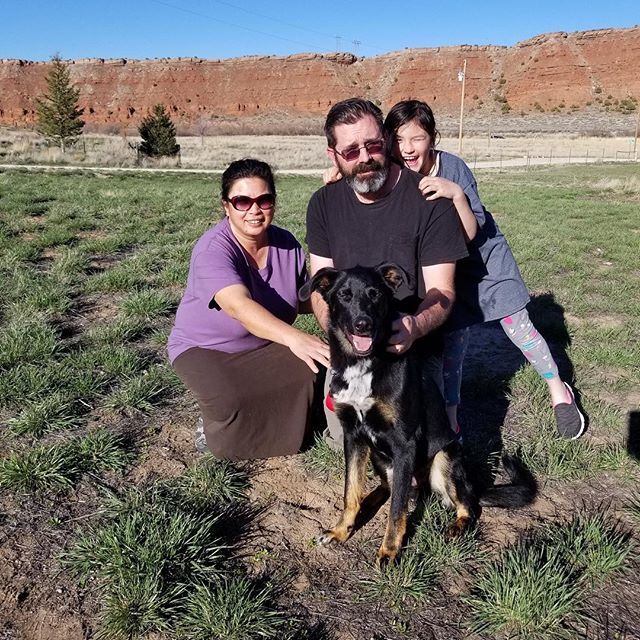 We run campaign efforts in order to unite trained service dogs with soldiers who can then become best friends and help each other when in need, as some of our dogs are dogs who are being given a second chance at life.

Project Kenny would not be able to share any of these stories of healing and second chances if it were not for the financial support of people from our community.

We are excited to announce that on June 14th, 2019, 3 more Kenny Dogs™, Joy, Bella and Scout, who were trained by Carol, will be heading west to be united with their new companions. We are reaching out to you today because we need your help to make it happen. 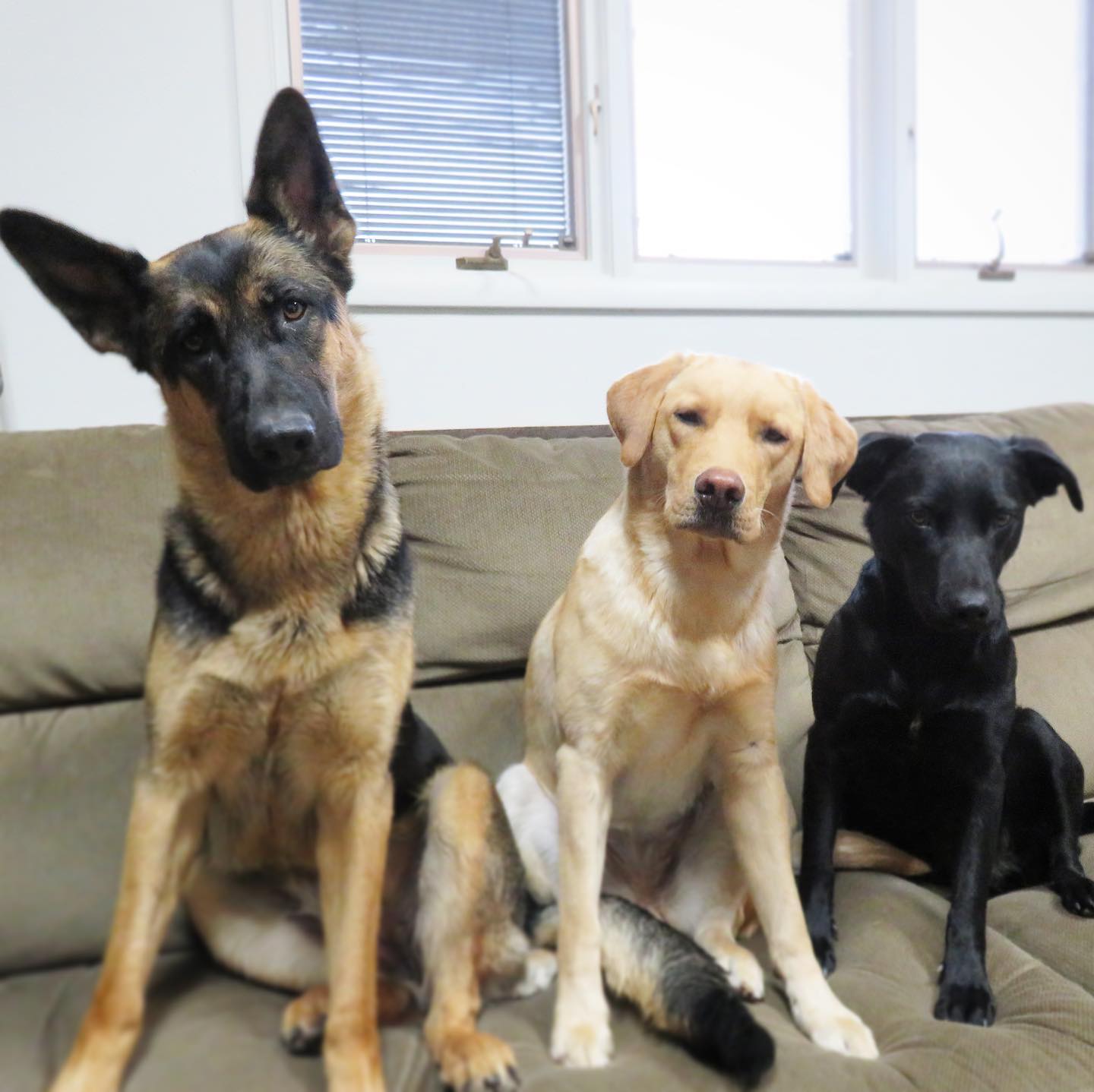 Project Kenny is certified at the bronze level through GuideStar, which is an organization that verifies and holds accountable non-profit organizations.  This certification made us eligible for AmazonSmile, which is a way that you can donate to our organization with purchases made on Amazon (AmazonSmile is a website operated by Amazon with the same products, prices, and shopping features as Amazon.com. The difference is that when you shop on AmazonSmile, the AmazonSmile Foundation will donate 0.5% of the purchase price of eligible products to the charitable organization of your choice).    Instructions on how to add Project Kenny to your Amazon account can be found here.

If you have already donated to Project Kenny, we thank you for your donation and for your ongoing support of bringing veterans and active duty service members together with a beloved dog who can help.

On May 8th the GiveBig 2019 fundraising campaign went live.  This was excellent timing as we were a little over a month away from our delivery date. We are very grateful for our donors as we were able to raise funds that will help ensure that our June 14th hand off will be a success.  If you missed out on donating, you can always donate at www.projectkenny.org/donate and make a donation.

We are humbly asking for your support now so that Project Kenny can connect our three new candidates with their service animals.  I have seen myself what a difference in a life these dogs can make.  Please help us to potentially save a life and to thank our service members and veterans for all they have sacrificed for us. 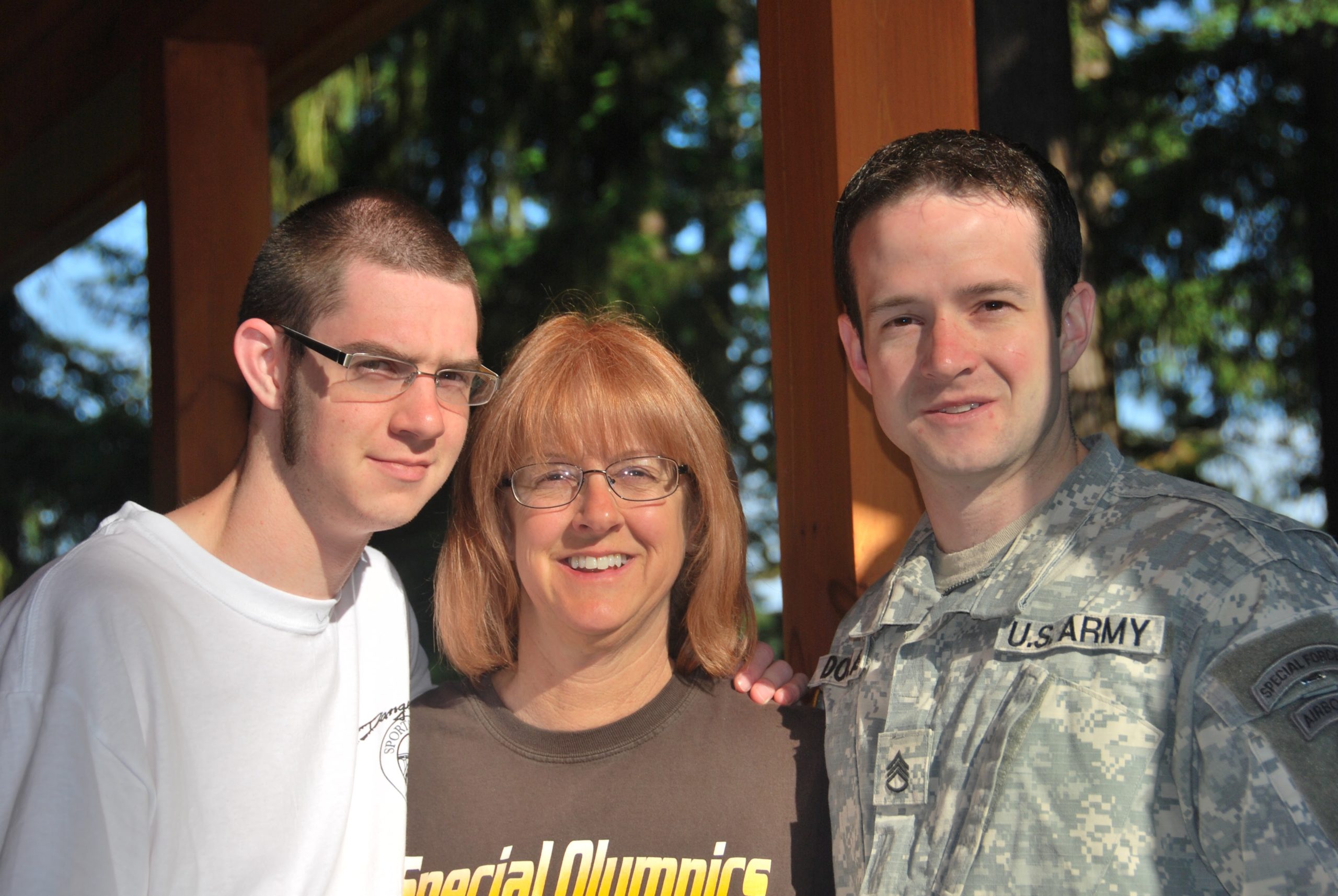 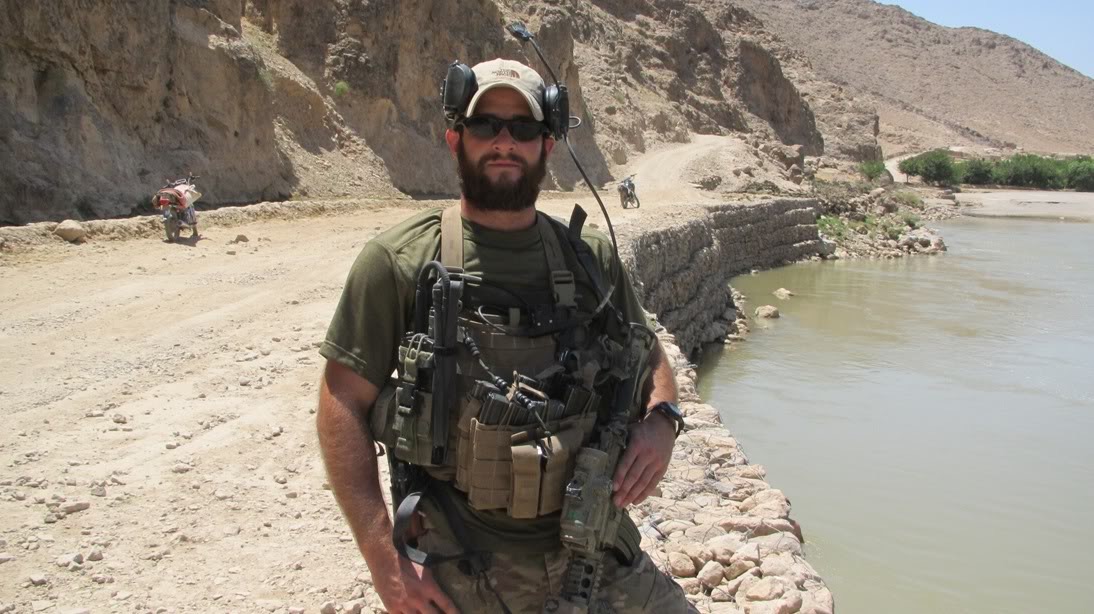 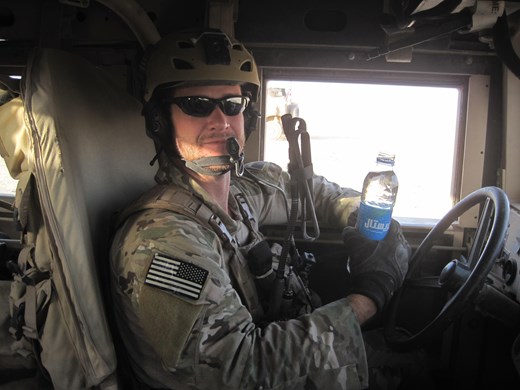 This Memorial Day we are remembering Bobby Doolan

Robert (Bobby) Doolan served for 10 years as an Army Green Beret and completed multiple combat deployments including Iraq, Afghanistan, India, and Thailand. He earned the Bronze Star Medal and Combat Infantryman Badge. After leaving the military, he settled in Seattle to attend University of Washington where he earned a degree in Political Science. He had a passion for adventure and loved bungee jumping, scuba diving, snowboarding, hiking, and kayaking.

Our head trainer is Carol who is and always will be Bobby’s mother.  After Bobby’s passing Carol stopped teaching, became certified and started training service dogs full time.  Carol did this asking for nothing in return, rather to do everything in her power so no one else would not have to go through what she had.

The founding members of Project Kenny heard about the tragic loss of Bobby and what Carol was doing through a mutual friend.  A connection was made and a instant partnership was formed.  Our organiziation would not be where it is today without Carol.  Her dedication has ensured Bobby’s legacy lives on by the training of the sercive dogs that change the lives of veterans and service members around the nation.

On May 24th of  2018 a special ceremony was held to honor the life of Bobby at the University of Washington.  His family, teammates and members of Project Kenny were in attendance to honor his memory and raise awareness for Veteran suicide.  A news article about the event can be found here.

We want to honor the Bobby this Memorial day and always.